How Ironman Training Is Helping My Freelance Writing

How Ironman Training Is Helping My Freelance Writing

About three weeks ago, I made a split second decision. I was going to compete in an Ironman. Why not? I run a freelance writing business; I have the time to train. At least, that’s my thought.

What Is an Ironman?

If you don’t know what an Ironman competition is, let me break it down. It’s a race encompassing three disciplines: swimming, biking, and running. The race is 140.6 miles long and racers have 16 hours to cross the finish line. It’s broken down into a:

Now, if that doesn’t sound fun, I don’t know what is! The best part is the training.

Training for an Ironman

So, I’ve been a marathoner for about two years now. I’ve run three marathons, two half-marathons, and a 5k and a 10k. I love running. Well, that’s probably not true, but let’s go with it.

Running is easy. All you need are a good pair of shoes, and you can go out for miles. It’s all about picking up one foot and putting it in front of the other. Simple. Right? Well, biking and swimming are different beasts.

First, I had to go out and buy a road bike. I’ve only ever ridden mountain bikes, and they’re a different story. A road bike is made for speed and aerodynamics. It has a higher seat, thinner wheels and tires, and different handlebars. To make it even more difficult, the pedals clip onto your bike shoes just like you clip into skis. Take a look. 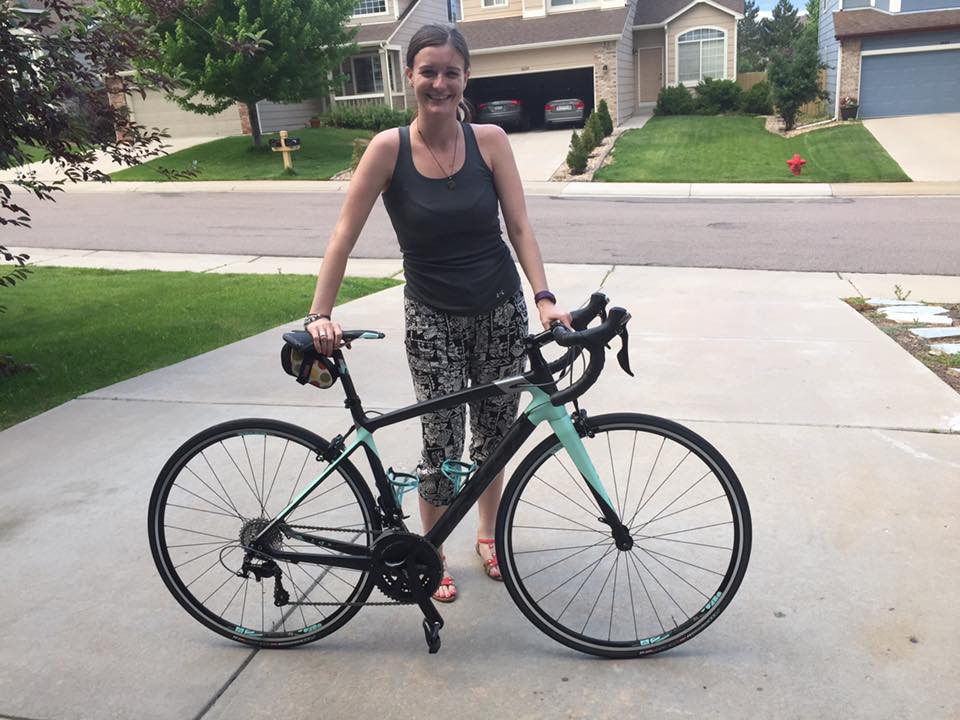 Let’s just say it was a learning curve my first time out. It was also quite an investment (more on that later). So, I had to get a bike, a helmet, cycling clothes, spare tires, a pump, and more. Definitely not the same as running.

Then, there’s swimming. I’m not a swimmer. I really don’t love water. Swimming for 2.4 miles freaks me out. Still, I’m going to do it, but I had to get equipment for that, too. I needed an athletic swimsuit, a swim cap, and goggles. Plus, you can’t just go outside and swim. You have to have a pool or open water.

Finally, there’s the training schedule. I’m starting out slow, with just 30 minutes a day, six times a week, but, eventually, I’m going to be out for HOURS at a time. Training is going to suck up my life. Even six months out I’ll be training an hour, four days a week and two to three hours, two days a week. If that doesn’t sound crazy, you must not be paying attention.

What the Ironman Is Teaching Me About Work

So, why all this information about the Ironman? It’s had a big impact on my work. I’ve only been at it for a few weeks, but I’ve already learned many valuable lessons that I can apply to my freelance writing business.

Whether you’re investing in new equipment for an Ironman or you’re investing your time and money into your business, nothing goes anywhere without an investment. And, sometimes, that investment is tough. I had to spend a few thousand dollars on a bike BEFORE I ever started riding it. What if I decide not to compete? What if I end up hating riding? There was no way to know without a bike, so I had to take a leap of faith.

So far, the bike is working out. But there are many of the same decisions you have to make in business. Before you can earn freelance writing clients, you have to invest in a quality website, which costs money and time. You also have to invest in a reputation by publishing some work for free. Without either of those investments, you don’t exist, and just like with the bike, there’s no way to know if your investment will be worth it. You just have to trust in yourself.

2. You Have to Plan Ahead

I couldn’t wake up one morning and decide to do an Ironman the next day. I had to plan it out. My Ironman isn’t scheduled until November 2017, and that’s because there are a lot of steps in the process. First, I have to sign up to volunteer (July 5th) in this year’s Ironman so that way I can register a year in advance for the 2017 competition. Then, there’s all the training. I can’t bike, run, and swim for an hour a day at this point, and I’m going to have to work up to doing each for HOURS at a time. That’s going to take conditioning, and that requires a plan.

It’s the same for freelance writing. You can’t just wake up one day and say, “I’m going to make a living off freelance writing.” Sure, you can, but how are you going to make it happen? You need to know what type of writing you’re going to focus on. You’ll need to find clients. You’ll have to build a reputation. There are a lot of steps to the process, and you have to take it one at a time. 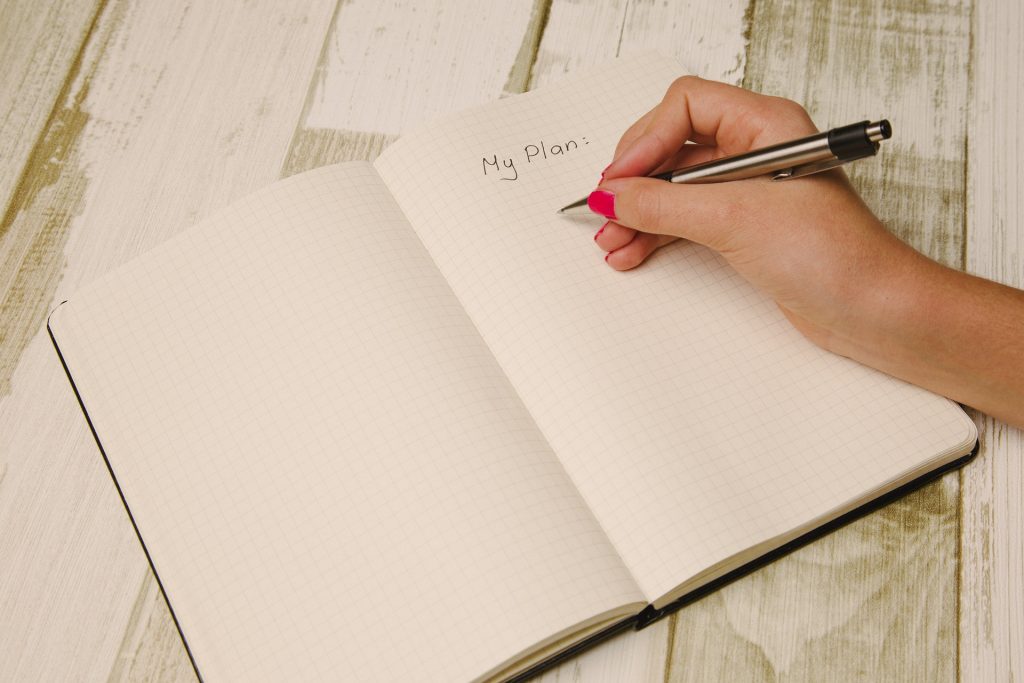 Success doesn’t happen overnight. It’s also not easy to achieve. Training for the Ironman isn’t just about making a small commitment either. It’s about changing my life to make it happen. I’m already waking up earlier, changing my diet, and preparing to have my life revolve around this competition. I can’t wake up some mornings and think, “No, not today.” I have to go out and do it every day. No matter if I want to. No matter if I’m tired. I’ll only make it if I give it my all.

Working for yourself requires the same commitment. Don’t kid yourself. It’s a lot easier to work for a boss. They tell you when to be at work. How much to get done. And how much you’ll earn. When you’re a freelance writer, that’s all on you. Sure. I could wake up some morning and decide not to write, but then I’d have no income, and I’d lose clients. I have to commit to my writing every day, even when things go wrong. 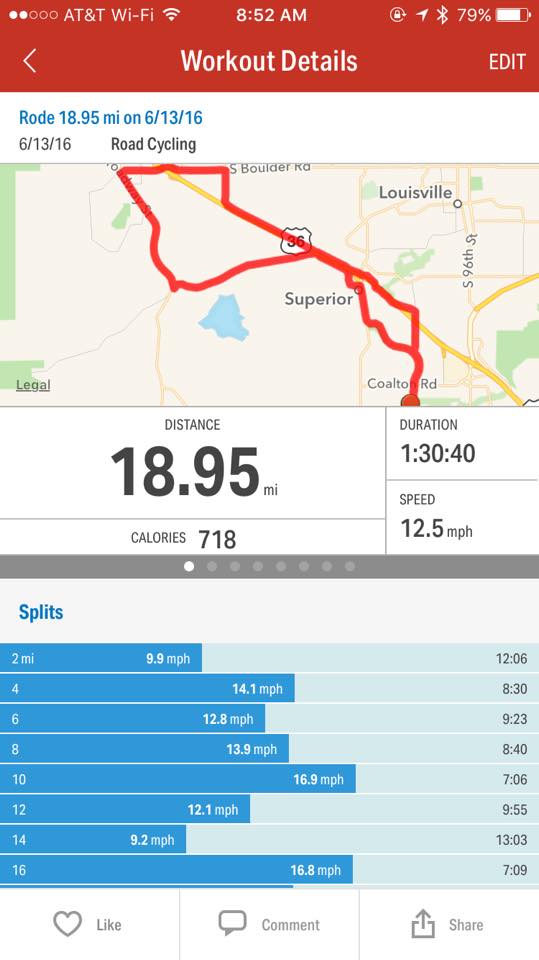 My first day out on my bike I planned for an easy 30-minute ride. Well, I got lost. I ended up biking for 1.5 hours and killing myself. Everything hurt. On top of that. I fell. Twice. But that’s okay. Mistakes happen. I learned a lot in that hour-and-a-half. I got much more comfortable on my bike. I saw a lot of the town. I also proved to myself that maybe I can do this Ironman thing. It was a mistake but also a blessing in disguise.

You’ll make those same mistakes in your freelance writing career. I can’t tell you how many times I’ve accidently sent out an email with the wrong client’s name. I’ve also written and submitted blog posts with careless errors or incorrect topics. It happens. I’m human. The key is that I learn from my mistakes each time and try not to beat myself up. I also know how to admit when I’m wrong, take the credit for my mistakes, and work to fix them.

Without goals, you can’t go anywhere. And I’m talking about legitimate goals that you’re reaching toward. Since my first marathon in January 2015, I’ve wanted to do an Ironman, but it was this abstract idea that I didn’t really think about. It stayed abstract for over a year-and-a-half. Then, I finally had enough of the “no goal” thing. Saying you want to do something isn’t a goal. Saying, “I will do an Ironman in November 2017” is a goal. Now, I have an end destination, and I can do whatever it takes to get there. Without that destination, I was just floundering in the wind.

I had to make the same goal before I started freelance writing. It was something I’d always thought about doing, but that wasn’t enough. I stayed in a job I hated for 2.5 years because I didn’t have a goal. I knew I wanted to work for myself, but that wasn’t enough. I had to say, “I’m going to be a freelance writer and I’m going to start making money in six months.” That was a goal I could work towards, and I did.

Competing in an Ironman might not be for everyone, but it’s been great for me. The truth is that you can learn how to run your freelance writing business from anything in your life. You just have to pay attention.

What freelance writing tips have you learned and from what?